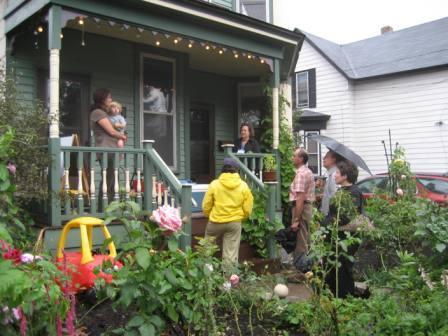 The historic character of this 1888 Victorian home in the Dayton’s Bluff neighborhood was concealed by “low-maintenance” siding and aluminum awnings. The open front porch was also completely removed in an earlier facade remodeling. According to the homeowner, “It was awful and ugly and really cheesy, but we were sort of overwhelmed and scared, not knowing what we’d find underneath.”

With a low-interest loan and architectural assistance from the Restore Saint Paul loan program, the property owners were able to remove the siding and uncover the home’s original architectural details. The large bay window was restored and the new front porch recreates the original design of the building. The home is now a standout on its street an asset to its neighborhood.

In 2006, this Restore Saint Paul project was honored with an Award of Recognition from the Saint Paul Heritage Preservation Commission. 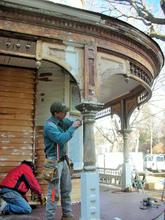